...will probably leave characters bloodied and maimed, but with an epic story to tell.

You cannot keep the tentacled one down! I was talking to Venger Satanis earlier and he shared some information about his next big project, Cha'alt.

Cha'alt is expected to be a 176 page hardcover over-sized artbook, both O5R campaign setting and dungeoncrawl! Cha'alt is an alien desert world that experienced an apocalypse centuries ago.

Below you can see the first finished illustration for the project by Yannick Bouchard. It depicts this post-apocalyptic desert planet, with a black pyramid rising out of the sand. The three adventures must face a gigantic worm before entering the ruins.

I don't know about you, but I love Yannick's work. His Lamentations of the Flame Princess covers are stunning! He's also working on a 2nd interior illustration for the book.

You can read about Venger's Cha'alt game here. Make sure to back Cha'alt when it launches on Kickstarter in early November. 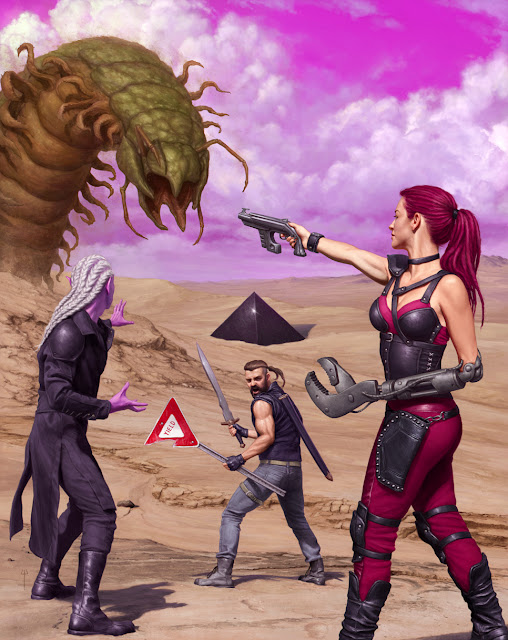