I know a lot of folks don't like Drizzt and that's fine. If you are one of them, just ignore this post. 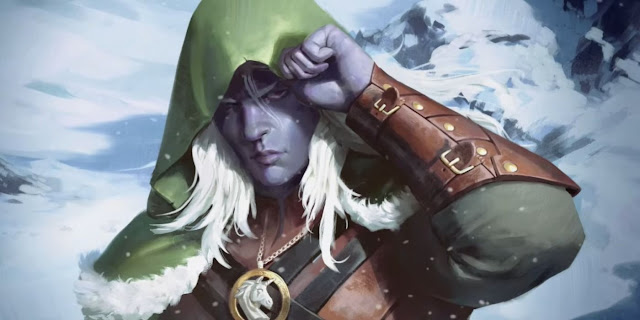 As I mentioned earlier this week, Dungeons and Dragons: Dark Alliance has been released. Set in Icewind Dale (though not at the same time as Icewind Dale: Rime of the Frost Maiden), the game lets you take control of Drizzt, Catti-Brie, Bruenor Battlehammer, and Wulfgar and fight for the good of the Realms.

To celebrate the game, D&D Beyond has released an article called Drizzt: Introducing the Iconic Hero of Dark Alliance into Your Dungeons & Dragons Campaign. The author talks about why he loves the dark elf, a bit of history, how to use him in  your game, and stats for Drizzt and Guenwhyvar created using D&D Beyond's Homebrew Monster Creator. I love the stat blocks because they are titles Brooding Drow Outcast and Loyal Panther. He also shares links to other stat versions of Drizzt, including those made by D&D guru Chris Perkins.

I honestly am not sure I'd ever throw him in a game, but never say never. 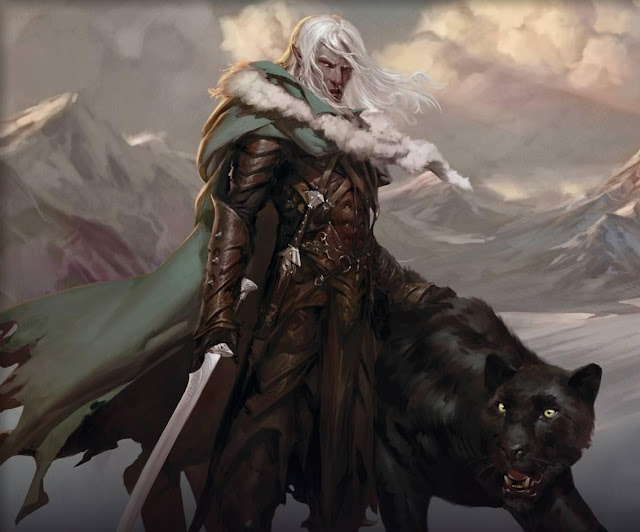