In honor of the new Magic the Gathering/Dungeons and Dragons crossover set, Adventures in the Forgotten Realms, Wizards is releasing a crossover adventure online. While the first part isn't live yet, the pregen characters are. You can find them here. Here's a quick intro to each. 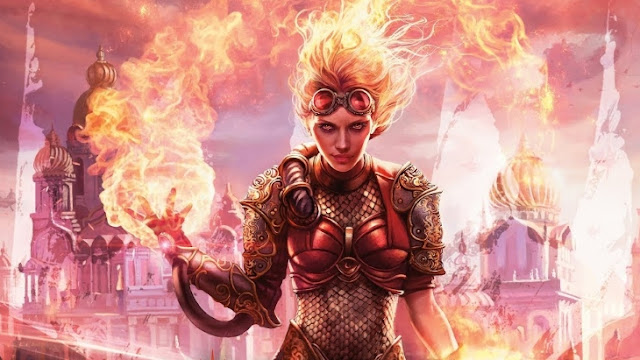 Chandra is a pyromancer from the invention-centric plane of Kaladesh. She's proud, independent and as fiery as the spells she casts. 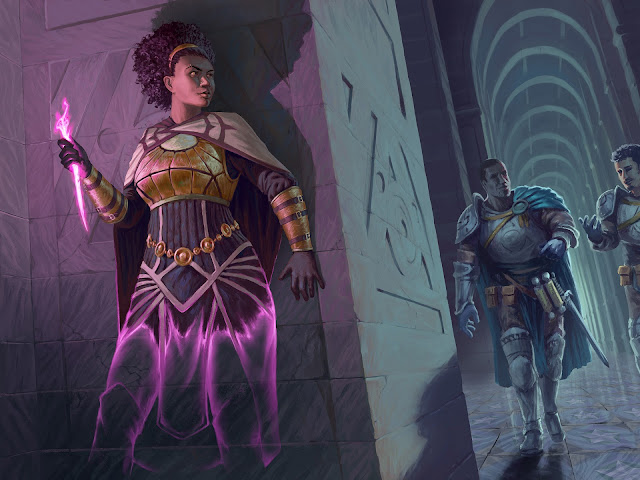 Kaya (Phantom Rogue)
Known as the Ghost-Assassin, Kaya is the nominal guildmaster of the Orzhov Syndicate on here home plane of Ravnica. She's also an accomplished ghost hunter. Though she acts like wealth is her primary motivation, she has a strong sense of justice. 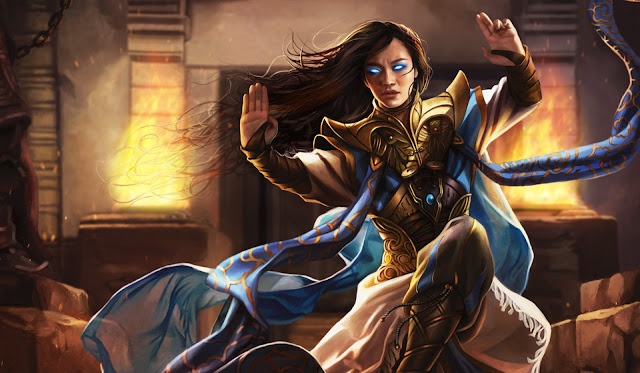 Narset (Astral Self Monk, Abjuration Wizard)
Narset is home from the dragon-forged world of Tarkir. Originally she was the khan of the Jeskai Way. However, when the timeline changed, she because the apprentice of Ojutai, the dragon overlord of the Jeskai Way (who was wiped out in the previous timeline).

Jiang Yanggu & Mowu (Circle of Shepherd Druid and Mastiff)
Jiang is a young planeswalker from the Plane of Mountains and Seas. He travels the wilds with his intelligent dog, Mowu. He has a good heart and uses his magic to enhance his companions and fight for good. 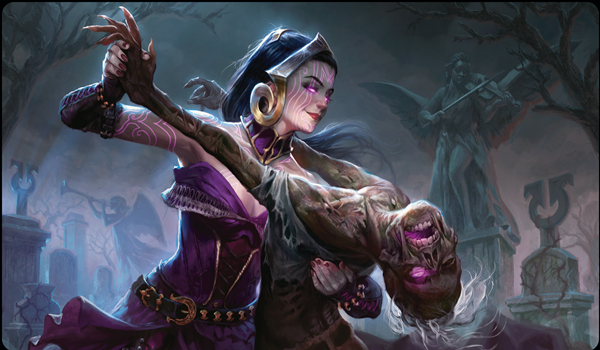 Liliana Vess (Undying Pact Warlock)
Liliana Vess is a master of healing and necromancy from Dominaria (the original setting of MTG).  Charismatic and beautiful, she's a cunning planeswalker. While she is narcissistic, she is also loyal to those she loves.
-------------
Also have a nice laugh at this little video promoting the crossover.
Posted by Justin Ryan Isaac at 2:56 PM