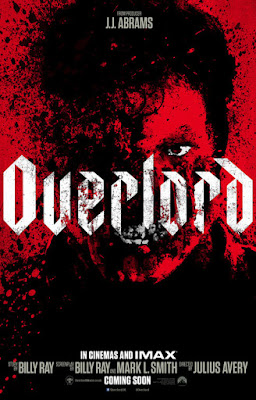 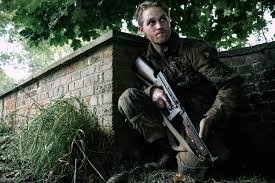 Synopsis: On the eve of D-Day a group of American paratroopers drop behind enemy lines to destroy a radio transmitter that will block vital communication of the invasion. While the occupied French village it resides in, they soon find the Nazis are conducting ungodly experiments.

The Good: The cast of this film all did a phenomenal job. In particular, Jovan Depo, Wyatt Russell, and Mathilde Ollivier were amazing as the film's heroes and Pilou Asbaek was perfect as the slimy Nazi antagonist. The entire cast gave great performances, to be honest. The war flick aspects were particularly gritty and well shot, while the horror elements were thoroughly creepy. Also, the creatures weren't typical zombies, which was what I was expecting. The film is predictable at certain times, but then doesn't do what you think it will at others.

The Bad: I have no complaints about this film. It might have not been quite was I was expecting, but I think it was better because of that.

Final Thoughts: This is a perfectly blended horror and war film. If feels like a big screen take on Wolfenstein. You could also say it's a horror version of Captain America. I have a Vigilante City campaign in my head that involves this film, Trench 11, and Captain America. 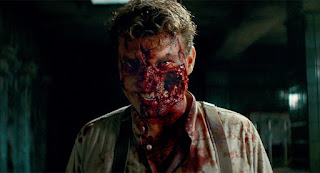 The formula and process that creates 1000 Year Soldiers is unstable and has different effects on living and dead test subjects. However, it universally makes subjects super strong, aggressive, shrug off most damage, and able to heal. They heal 1d4 HP every round, unless the damage was done by fire. Fire and damage to their heads (specifically brains) ignore their toughness and is the only way to truly kill them.
Posted by Justin Ryan Isaac at 3:17 PM