A Statement From Vought International (Spoilers) 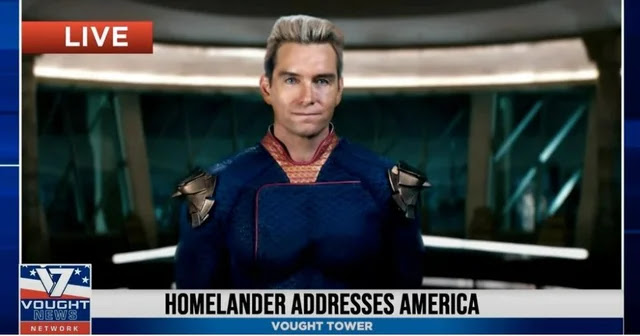 The Boys social media presence continues to be top notch. In response to the (in-universe) social media bombshell at the end of last week’s episode, Herogasm,  Homelander and Vought International released a statement. 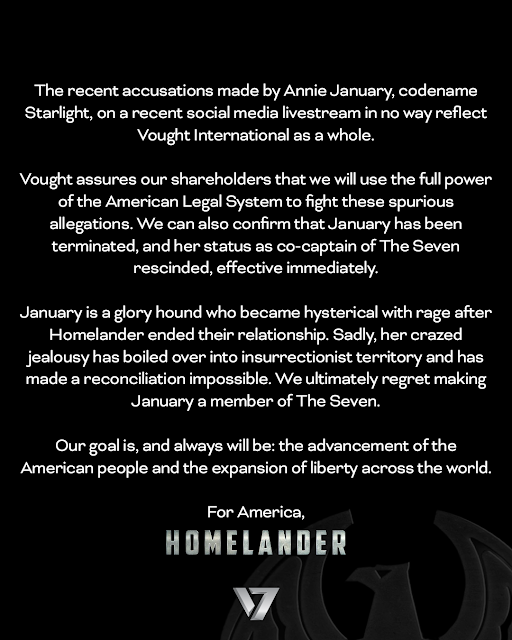 Posted by Justin Ryan Isaac at 5:05 PM No comments: 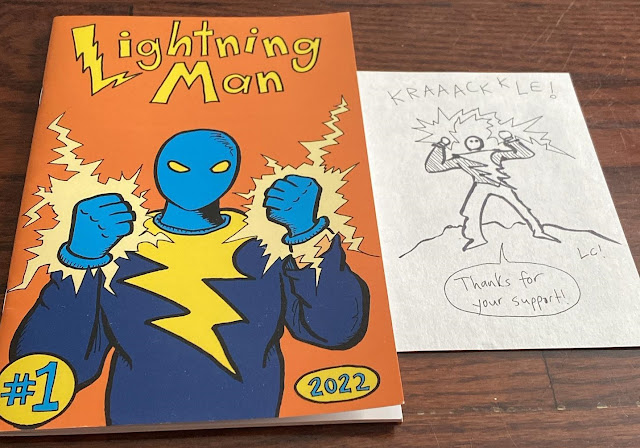 Lightning Man #1 is an indie superhero comic written by my friend Leighton Conner (one half of the duo behind the Leopard Women From Venus and the author of Sedgwick). Physically it's digest/zine proportions with a color cover and 30 page black and white interior.
Blake Robinson is a frustrated teen. The adults in his life talk about potential, but he sees no good future for himself. One day he's hit by a mysterious lightning bolt and gains electric powers. He teams up with a classmate that's into cosplay that helps him become a superhero (the titular Lightning Man). Issue #1 also introduces us to a mysterious four-armed being with robot servants. Of course, before the issue ends, Lightning Man defeats them.
This was a fun first issue. I love Leighton's art. Blake is a relatable young protagonist. I think we've all felt overwhelmed and like what we do doesn't really matter at some point in our loves. I love the hopeful ending. Can't wait see what fate (or rather Leighton) has in store for Lightning Man.
You can order your copy of Lighting Man #1 here.
--------------
And because I like to include gaming material in my reviews, here are stats for Lightning Man that can be used in your 5e supers games. 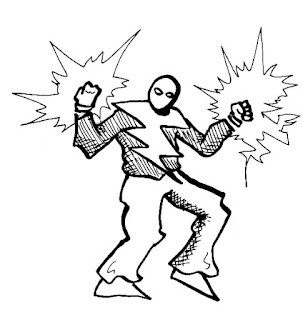 Like the clickbait title? This was fun fan edit. Also if you haven’t seen Multiverse of Madness, it contains spoilers.

Posted by Justin Ryan Isaac at 8:58 PM No comments:

I originally made this post for Independence Day, but I decided against posting it then. I'm not the patriotic sort in the best of times, but definitely not at the moment.
That doesn't mean I can't appreciate the occasional stupid patriotic thing. Though to be fair, there's no way this character wasn't created as a parody/critique. American Kaiju, yes that's his real codename, is an actual Marvel character. While I don't have his technical debut, I do have have first full issue appearance. 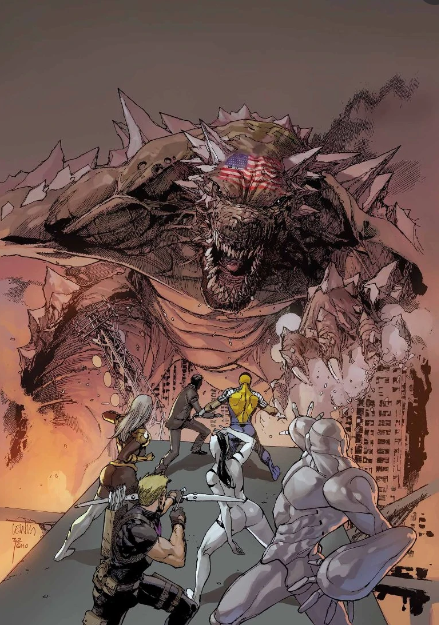 Code Name: American Kaiju
Real Name: Todd Ziller
Team Affiliations: US Government, S.H.I.E.L.D.
Gargantuan Monstrosity (Kaiju, Gamma) , Lawful Neutral
Armor Class: 22 (Natural Armor)
Hit Points: 300
Speed: 60 ft.
Challenge: 17 (18,000 XP)
Str 30 (+10) Dex 10 (+0) Con 30 (+10) Int 8 (-1) Wis 10 (+0) Cha 4 (-3)
Saving Throws: Str +18, Con +18
Damage Resistances: Bludgeoning, Piercing, and Slashing from Nonmagical Attacks
Condition Immunities: Charmed, Exhaustion, Frightened, Petrified, Stunned
Senses: Perception 10
Languages: English
Traits
Legendary Resistance (3/Day). If American Kaiju fails a saving throw, he can choose to succeed instead.
Siege Monster: American Kaiju does double damage to objects and structures.
Regeneration: American Kaiju regains 10 hit points at the start of his turn if he has at least 1 hit point remaining.
Reptilian Telepathy: American Kaiju can telepathically communicate with all reptilian life within a two mile distance.
Actions
Mutliattack: American Kaiju can use his Frightful Presence. He then makes four attacks: one with his bite, two with his claws, and one with his tail.
Bite: Melee Weapon Attack. +18 to hit, reach 10 ft, one target, Hit: 36 (4d12+10) piercing damage. If the target is a creature, it is grappled (escape DC 20). Until this grapple ends, the target is restrained, and American Kaiju can't bite another target.
Claw: Melee Weapon Attack. +18 to hit, reach 15 ft, one target, Hit: 28 (4d8+10) slashing damage.
Tail: Melee Weapon Attack. +18 to hit, reach 20 ft, one target, Hit: 24 (4d6+10) bludgeoning damage. If the target is a creature, it must succeed a DC 20 Strength saving throw or be knocked prone.
Frightful Presence: Each creature of American Kaiju's choice within 120 feet of it and aware of it must succeed a DC 17 Wisdom saving throw or become frightened for 1 minute. A creature can repeated the saving throw at the end of each of it turns, with disadvantage if American Kaiju is within line of sight, ending the effect on a success. If a creature's saving throw is successful or the effect ends for it, the creature is immune to American Kaiju's frightful presence for the next 24  hours.
Swallow: American Kaiju makes one bite attack against a Large or smaller creature it is grappling. If the attack hits, the target takes the bite’s damage, the target is swallowed, and the grapple ends. While swallowed, the creature is blinded and restrained, it has total cover against attacks and other effects outside American Kaiju, and it takes 56 (16d6) acid damage at the start of each of American Kaiju’s turns.
If American Kaiju takes 60 damage or more on a single turn from a creature inside it, American Kaiju must succeed on a DC 20 Constitution saving throw at the end of that turn or regurgitate all swallowed creatures, which fall prone in a space within 10 feet of American Kaiju. If American Kaiju dies, a swallowed creature is no longer restrained by it and can escape from the corpse by using 30 feet of movement, exiting prone.
Legendary Actions
American Kaiju can take 3 legendary actions, choosing from one of the options below. Only one legendary action option can be used at a time and only at the end of another creature's turn. American Kaiju regains spent actions at the start of each of its turn.
Attack: American Kaiju makes one claw attack or tail attack.
Move: American Kaiju moves up to half of his speed.
Chomp (Costs 2 Actions). American Kaiju makes one bite attack or uses its Swallow.

Todd Ziller was a corporal in the US army and the subject of Project: Troubleshooter, an attempt to recreate Dr. Erskine's Super-Soldier Serum. Because the formula was mostly lost, the scientists took a kitchen sink approach and filled in the gaps with Gamma enhancements, Pym Particles, Mutant Growth Hormone, and the Connors Formula. This turned the loyal soldier into a giant Godzilla-like reptile. Given the code name American Kaiju, Ziller is now a patriotic force of destruction. He's used sparingly because of the all of the collateral damage he tends to cause. 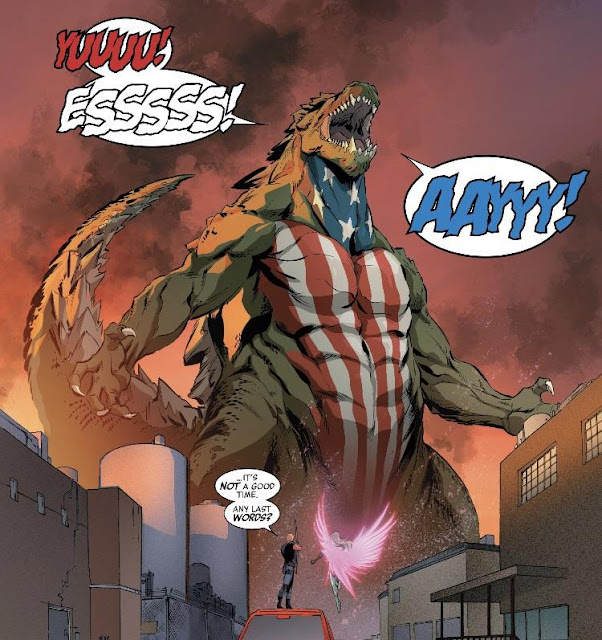 Posted by Justin Ryan Isaac at 3:30 PM No comments:

I’m surprised I haven't shared this one before. JT Music released this during season 1. I love the Spice Girl flair nod in the lyrics, which go back to one of Butcher's speeches.
Posted by Justin Ryan Isaac at 10:47 AM No comments:

More music from the universe of The Boys. This one reminds me of how dirty a lot of boy band music songs are.

Supersonic may be gone, but he'll live forever in our hearts - and our ears! Reminisce about summer nights cruising in the Jetta with “You Got Your License To Drive (Me Crazy)," and all of SuperSweet’s catalogue, exclusively on Voughtify.

Posted by Justin Ryan Isaac at 3:05 AM No comments: 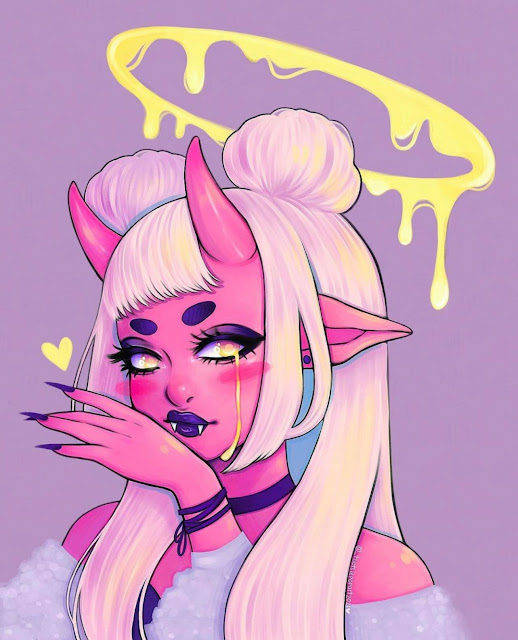 Source
Posted by Justin Ryan Isaac at 4:24 AM No comments: