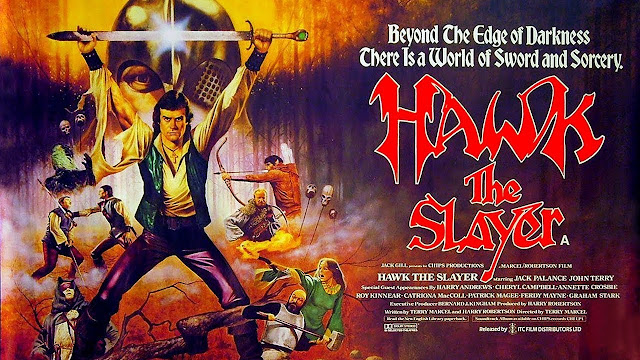 Synopsis: When an abbess is kidnapped by the Dark One, Voltan, an ex soldier seeks out the aid of a hero of light, Hawk. Hawk gathers his eclectic band of friends (including an elf, a dwarf, and a giant), to save the abbess and defeat Voltan.

The Good: This is the perfect D&D movie, even if it's not related to D&D. It's a really good, classic swords and sorcery flick, one of the better I've seen. Gort (the giant) and Baldin (the dwarf) were definitely my favorite characters. Also, the depiction of the elf in the film makes me realize the classic thought that Vulcans are space elves is correct.

The Bad: This was made in the 1980's and the effects of the look rather cheesy. The dialogue is also very over the top and dramatic. Personally I think these things add to the charm of the film, but I could see how it would bother others.

Final Thoughts: I decided to watch this at the urging of Tim Knight from Hero Press. I'm glad I did, because it's a really good S&W flick. Honestly, it makes me want to play low magic game. It also makes me want to go back and watch some other 70's and 80's swords and sorcery flicks. 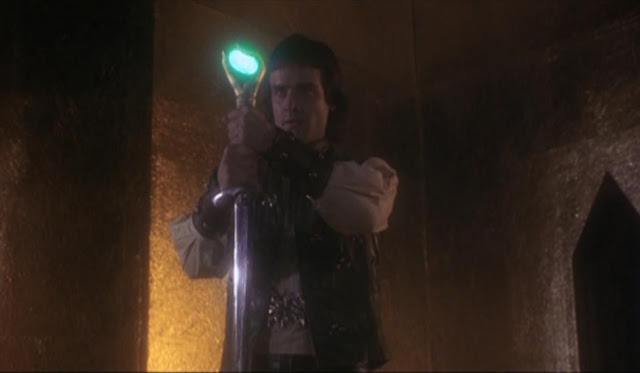 The Mindsword
Dwarven Crossbow of Speed

I wanted to make some content of my own too. Here are stats for the main villain using Eric Bloat's unreleased (outside of backers for his last DP&D Kickstarter) game, The Blackest of Deaths. 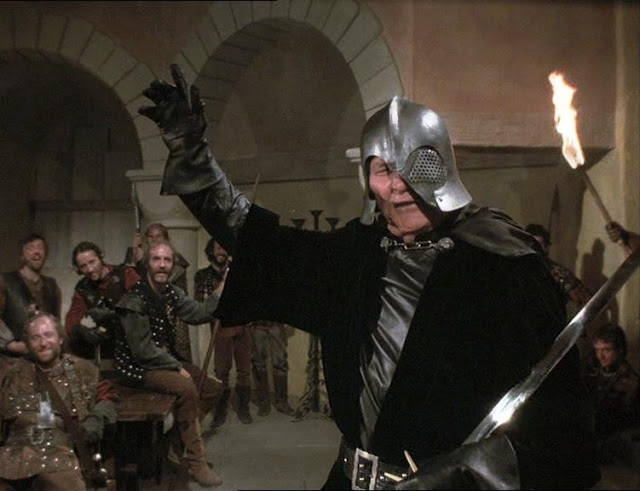 Voltan
Voltan is a wicked man without mercy, He killed his own father and sister-in-law (Hawk's wife), who burnt the left side of his face with a torch. This leaves him in constant pain and he must seek relief from the magic of an evil entity.
HP: 25
Evade: 16
Armor Point: 2 (Armor)
Bonus: +3 to Attack, +2 to Damage
Attack: By Weapon
Special: Unhealing Wound*

*When an attack is made again Voltan with Benefit the character can choose to strike the wound, even if the attack is a failure and causes no damage. Because of the painful nature of the wound Voltan has Disadvantage on his next attack.
Posted by Justin Ryan Isaac at 11:21 AM

Labels: Dungeons and Dragons, osr, the blackest of deaths