Whisper City Pro Wrestling is a post-apocalyptic wrestling game by Cuss World Books & Games. I recently ordered it from Exalted Funeral and I'm so happy I did.

Still a playtest, The book is a less than 50 page soft cover release. The covers are in color and the interior is black and white. The book has a really quirky art style that can be seen on the cover. The art reminds me of Superjail! and is really fun. The game also share's an aesthetic with a toy line I loved as a kid, M.U.S.C.L.E. I think I might actually try to pick up some of these figures to use as minis for the game. There are actually some limited edition resin figures like this made by Cuss World. Check them out here. 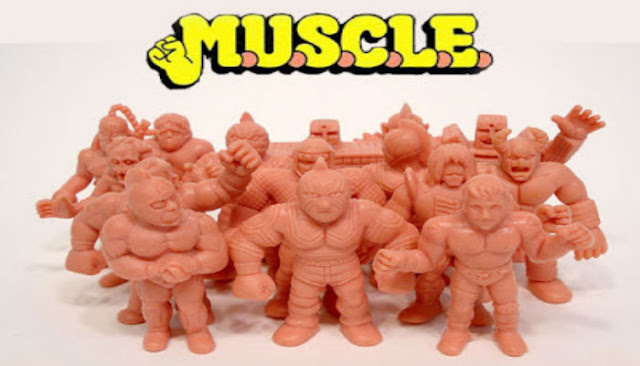 The setting takes place in the last bastion of civilization, Whisper City. Whisper City is a mid sized city that could be any small city that existed in the shadow of a bigger one. A great example city they author mentions is Akron, Ohio (which is also where Cuss World is based). There's not much to do in the city, except watch (or if you're character, participate) in wrestling! Because of the apocalypse and all, the borders between dimensions have weakened, which has affected things dramatically. 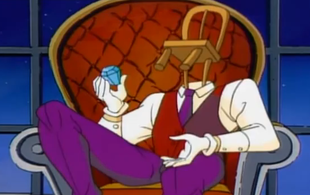 The game uses the mighty (and underutilized) d12! This is used for everything. Character creation is random. You roll a d12 and your bio-type is determined. They are human (1-6), animal-grown up (7-9), cryptid (10), demon (11), or unfathomable (12). The strange of these is the unfathomable, which is basically a human body with an inanimate object head (like The Tick's Chairface Chippendale). After this you determine the type of wrestler  you are. You have an equal chance of being a Muscle King (classic 80's strong wrestler), Technician (the best actual wrestlers), Showstopper (high flyer), or Brawler (street fighter). Each bio-type and wrestler type comes with its own special abilities, moves, and perks.

The game includes wrestling rules (obviously), but the game isn't just about what happens in the ring. In addition to creating events, the dungeon master, will create scenarios to let their players get into all sorts of hi-jinks in the city.

I've read through the book a few times and hope to run it soon. If you like odd games and/or wrasslin, you can get your copy here.
Posted by Justin Ryan Isaac at 4:22 PM