Continuing my idea to adapt Evil Dead content to my new Slashers & Survivors game, I've decided we need stats for the Necronomicon. This version is an amalgam of the tome based on all of the films (including the 2013 sequel), Ash vs Evil Dead, Jason Goes To Hell, the Evil Dead video games, and the comics. In addition, the game doesn’t currently have spellcasting rules, so I’ve added them below. Also a few of there are creatures that don’t have stats yet. Those will be coming.

Necronomicon Ex-Mortis
The Necronomicon (also known as the Book of the Dead and the Naturom Demonto) is a hideous arcane tome bound in human flesh, inked in blood, and penned in Sumerian. It is tied to the ancient dark ones, Shaitan and the Kandarian Demon. It contains spells that will allow the creation of undead and Deadites, as well as summon the Kandarian Demon itself. The spells contained within the tome can be cast by anyone who has the book and speaks the incantations (CM + INT vs Spell DC), whether they be witches or not. Some spells have HP cost. This HP is lost when the spell is cast, whether it is successful or not.

Animate Skeleton (DC 10): You cause one skeleton within 100' feet to animate. The skeleton is evil and free willed, but will defer to more powerful evil creatures.

Animate Wight (DC 15): This spell works like the Animate Skeleton spell, but the creature must have had 3+ HD in life and will rise as a wight.

Create Deadite Revenant (DC 20): In exchange for their soul, the caster is able to bring a loved one back as a powerful deadite revenant.

Create Similacrum (DC 20): Using a portion of flesh, the caster is able to create a magical clone. The clone looks identical to the source of the flesh though it will be whole. For example, if a similacrum is created from the severed hand of someone, it will look and act like that person, but will have both hands. The similacrum is technically a soulless deadite and deadite will ignore them unless they attempt to harm and hinder the deadite. However, the similacrum is also affected by spells and effects that work against demons and deadites.

Make Corporeal (DC 15): This spell makes the Kandarian Demon take a corporeal form. While it is still extremely dangerous (and possibly more powerful) in this form, it is also mortal when corporeal.

Open A Rift In Time and Space (DC 15): This will cause the book to open a rift that will transport all who enter it into a time and dimension set for by the book or destiny, no one is certain.

Possess Deadite (DC 15): You are able to possess a deadite you can see. You completely control the creature for 2d6 rounds. During this time your body falls limp. You are trapped in the deadite body until the spell ends or the body is destroyed. Note you cannot make the deadite attack itself, but you could cause it do do other harmful acts (such as jumping off a cliff).

Summon Shaitan (DC 5): This spells allows the incorporeal form of Shaitan, also known as the Abomination, to enter the mortal realm. In order to be made flesh, he must torment 5 souls.

Ward Book (DC 19): This spell places a strong ward on the book. If anyone other than a servant of the Kandarian Demon or Shaitan touched the tome without reciting the correct words (Klaatu Barada Nikto), it will cause all dead within a mile radius to rise as skeletons and wights.

Other Abilities and Traits

The book can fly and speak (and bite the person holding it dealing 1d6-1 damage). It appears to be indestructible. In addition to being a spell book, it is a guide to demons and contains many funerary rights to help spirits pass on the other side. It grants advantage on information related and banishment rolls against spirits and demons. It contains alchemical formulas including the instructions to make a potion that will allow someone to sleep centuries in an un-aging stasis. Finally it has the ability to become a mask and will transfer the spells onto the wearer's body. 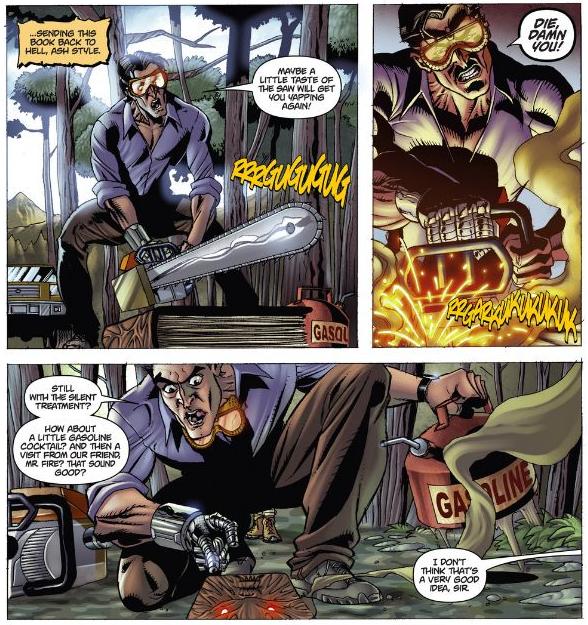