G is for Ghostface

For the Blogging from A-Z April Challenge this year I’m going to be looking at slashers and other horror character and statting them out for my free rpg, Slashers & Survivors.

I’ve not been feeling well, so I’m a day behind, but I’m going to catch up now. 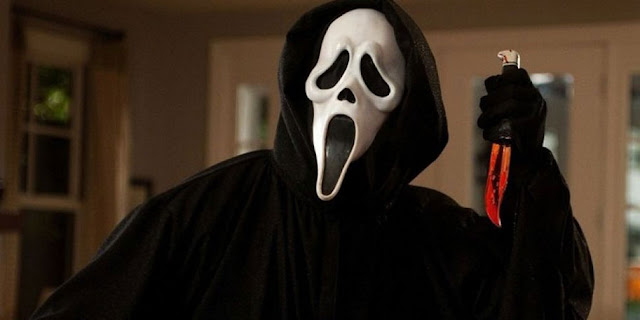 The Scream franchise is a wonderful deconstruction and tribute to slashers and horror movies in general. While the first is definitely the best, the whole franchise is entertaining. For the purpose of Slashers & Survivors, Ghostface is a great archetypal masked killer to use as a stat template.

HP: 25
Evade: 14
Armor Points: 0
Bonus: +2 to Attack, +1 to Damage
Attack: By Weapon
Special Traits: Ghostface’s knowledge of horror films gives them special insight into murder. Once per session they can reroll a CM roll.
M/O: Revenge
Weakness: Ghostface is mortal and can be killed, just like anyone else.

I’ll end this post when a Scream inspired video by my favorite band, Ice Nine Kills.