Continuing with my Doctor Who/TMNT mash-up I give you Doctor Who Adventures in Time and Space stats for the Turtles closest human allies, April O'Neil and Casey Jones. 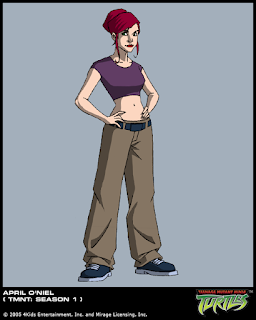 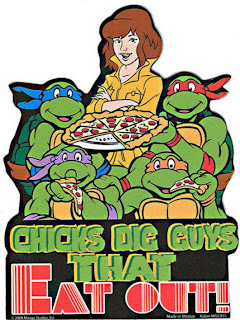 Background: April the Turtles' closest friend and confidant. The first human they had friendly contact with, she quickly became an important part of the family. Brilliant and independent, April doesn't like to play the part of the damsel. The Turtles and Splinter have taught her some ninjutsu, so she can hold her own in a fight. Also, while not on the same level as Donatello, April is a skilled computer programmer and former intern to Baxter Stockman.

Other Notes:
The above version of April represents the most common (though not necessarily well known) version of her. If you'd prefer the more popular I would drop Boffin and Technically Adept, but add Screamer. Her convince is increased to 4 (Reporting), but her Technology goes down to 2 and her Fighting becomes 1.

Many version of April are romantically linked to Casey Jones. In the Fox cartoon series it is revealed that the eventually marry and have children. 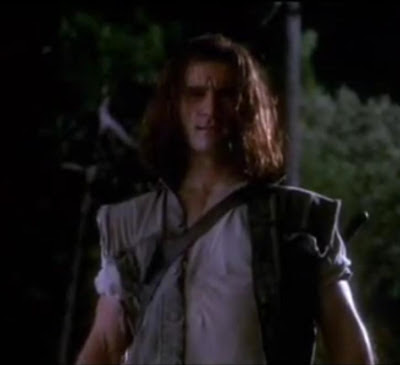 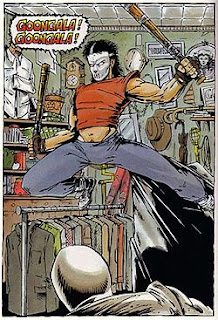 Background: Growing up in NYC, Casey Jones had a rough life. It wasn't that he had a bad home life,  but his neighborhood was overrun by criminals. Casey decided to fight back. He bought some martial arts books and started a heavy work out regiment. He then donned a hockey mask, armed himself with sporting goods, and began a one man war on the scum of the city. Initially coming into conflict with Raphael, the pair quickly became friends.

Casey isn't the most brightest or most sophisticated guy, but he's loyal and great to have in a fight.


Other Notes:
The original comic and cartoon versions of Casey Jones were more unhinged. Code (Major) in reference to his vigilante code would be suitable.