Now that I've reviewed my recent library checkouts, I'm back to my free to watch movie on Tubi. 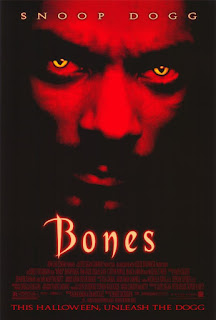 In 1979, Jimmy Bones, a numbers runner and beloved protector of his neighborhood, is killed by a drug dealer and corrupt cop (who also force his associates to take part in the murder). Twenty one years later the children of one of those associates try to open a night club in the building where he was murdered and unwittingly unleash the now demonic Bones onto the world.

This is a great horror film that's an homage to classic blaxploitation films. The queen of those films, the amazing Pam Grier, plays a central role in the mythology of this one and still has it. The protagonists are interesting and likable enough and keep the movie from getting stale. My high school and college crush, Katherine Isabelle (of Ginger Snaps) is in this, so you know I've been a fan. The true star of this is Snoop himself. He is great as Jimmy and even with the bad voice effects to make him sound demonic at times, he just has a presence.

While I don't think this one is high cinema, it's a loving tribute to an often overlooked genre of film. Honestly, I'd love to see Snoop make another Bones flick.

In Your Game: Jimmy Bones would make a great npc for a Vigilante City game with supernatural elements. He is definitely a villain, but perhaps he starts taking out other criminals in his old neighborhood. Can the hell hound be an ally? This write-up assumes that he fully takes over his daughter's body at the end of the film. I also took some liberties with this one (obviously). 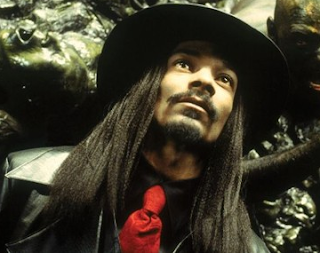 Jimmy can take an action to spew maggots. The target must make a DC 15 constitution saving throw or spend the next 1d4 rounds retching.