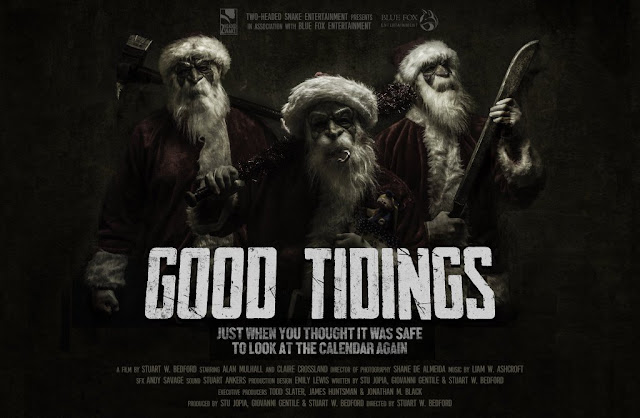 Synopsis: When three violent escaped mental patients in Santa suits trap and hunt a group of homeless folks in an abandoned court house, it's up to the group's ex-soldier leader to fight back.

The Good: This film has one of the best horror Christmas scores ever. It's really well done and creepy. The score is also highlighted by the occasional bell, which makes it even better. The movie has heart too. Several of the characters get much better treatment than I expected.

The Bad: The film has too much heart. This was running time is 1 hour 39 minutes and it the movie would have been better if they cut about 20 minutes off of it. They spend a bit too much time on long shots with the cast and the dialogue.

In Your Game: Psycho Santas would make great Xmas villains for some low level vigilantes to fight.

The Santas are deadly if they get the jump on folks but even more dangerous when working together. Each Santa gains a +1 to hit, toughness, and damage if fighting in conjunction with another Santa.
Posted by Justin Ryan Isaac at 11:14 AM