Today's definitely not a Transformer was made for Valor Knights: The Electrocube War. 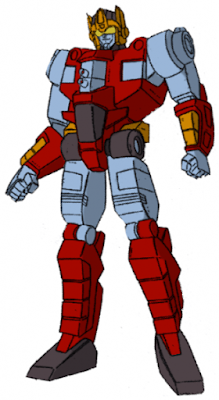 Firestorm is an extremely young and eager Valor Knight that only recently arrived on Earth. While he is a formidable fighter he often finds himself rushing in and getting in over his head.