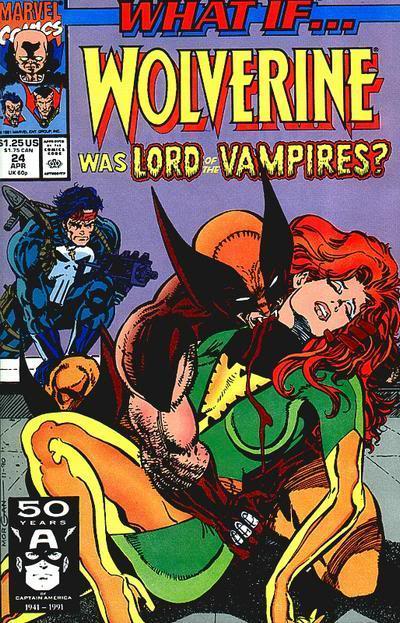 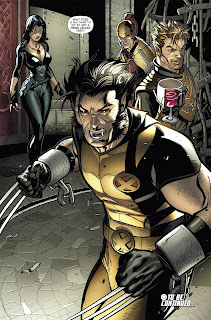 A fearsome foe before his transformation, vampire Wolverine is even deadlier. His adamatium claws ignore nearly all forms of damage reduction. He can turn into a bat and has incredible strength. He is immune to damage from mundane weapons. He might be knocked back by a solid hit with a shovel or something of that nature (but it doesn't actually do damage). He regenerates 5 HP every round.  However, fire affects him just like it would any other man. He also takes 10 points of damage a round when in direct contact with the sun. Holy water can harm him and if presented by someone with conviction (though not necessarily religious conviction), he can be held at bay with a cross. He can be killed if a wooden stake is driven into his heart while in his coffin or by direct sunlight.

Anyone killed by Wolverine's bite will rise as a vampire. Being undead, he can be resurrected via certain black magics.