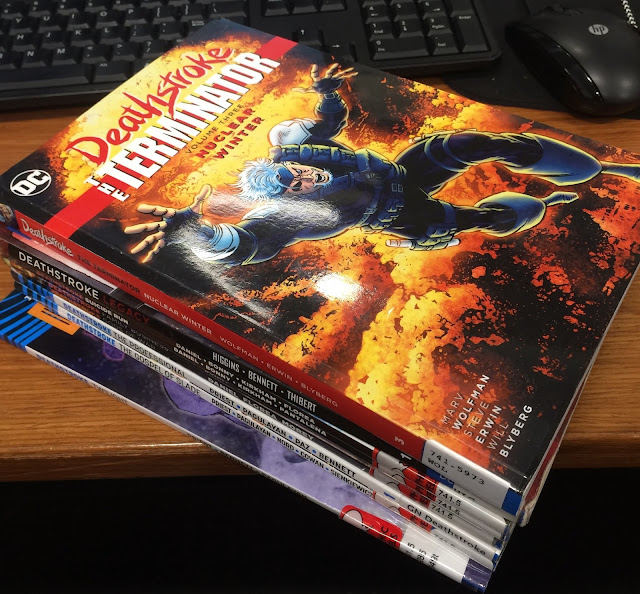 I'm a power user of my libraries and this week I received 9 volumes of Deathstroke comics. I decided to stat up one of my favourite villains/anti-heroes, Deathstroke the Terminator! I know he is in the big leagues now, but to me he'll always be a foe (and sometimes ally) of the Titans. 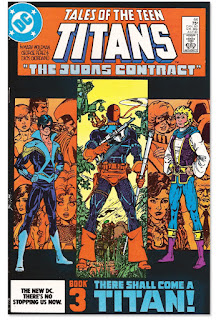 Slade has earned his reputation as one of the best fighters/assassins for hire in the DCU. He will slice through mooks like they were nothing and can go toe to toe with any brawler or supersoldier. Equipment wise, I gave him his New 52 Nth Metal armor which I decided was the equivalent of plate.

Note that this write-up doesn't account for his enhanced healing abilities. Comeback tomorrow to see a villain write-up.