Here's someone on the opposite end of the power scale to Thanos... Superman's other pal. Bibbo has appeared in the DCAU and Injustice. His bar, the Ace 'O Cups, is also a stage in Injustice 2 (and Bibbo can be seen in the background). While I could have statted him out as an npc bystander, Bibbo is a hero in my book (though he might only be a level 1 hero). 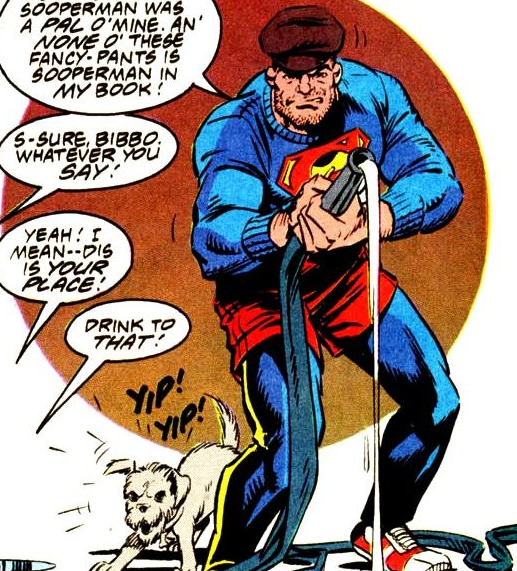 Bibbo is a tough as nails, softie. A hero in his own right, he looks out for the downtrodden folks of Suicide Slum. After finding a winning lottery ticket dropped by Gangbuster, he bought the Ace o' Cups bar. Bibbo helped Dr. Hamilton when Superman originally fought Doomsday and risked his life to revive the dead hero. A boxer, he fought Wildcat in a charity boxing match.