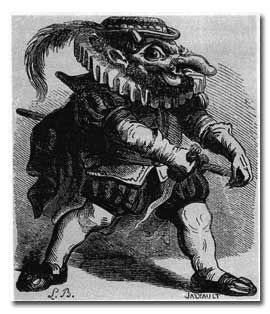 Picollus is short, goblin-like fiend that was revered by ancient northern cultures. He is known to visit important individuals during their last days. His appearance is considered an omen of death and destruction. He can only be mollified by blood sacrifices. If not given these he will visit a second and third time and bring much death.

Picollus is immune to all non-magical weapons. Those engaging in combat with him must make a successful saving throw or be filled with blood lust. They will not stop fighting until all other life near them is extinguished or they are knocked unconscious.