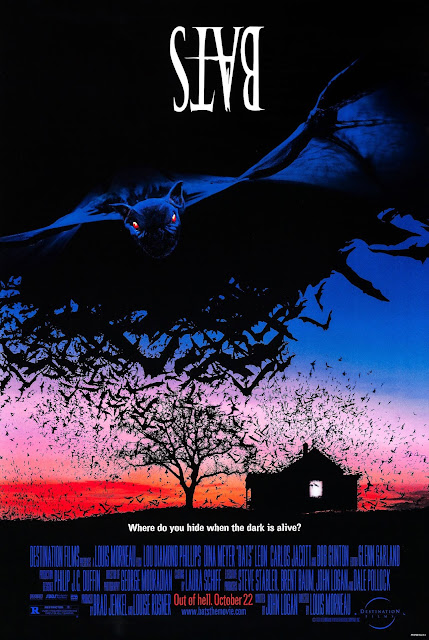 Plot:
A bat expert and a local sheriff must team up to save a small Texas town from a group of killer mutant bats.

Review:
Bats is a campy creature feature from the late 90’s. The characters aren’t the best developed, but the actors portray them in a fun and campy way. Lou Diamond Phillips is fantastic as the small town sheriff in over his head and Leon Robinson is great as comic relief character, Jimmy. A lot of the acting is over-the-top B stuff, but it works because this is a creature flick. Speaking of creatures, the bat effects aren’t the greatest, but there are some great close-up shots (like the one below). This movie isn’t good, but if you want a goofy creature feature, check it out. Plus what other movie do you know that features the protagonist waist deep in bat shit? 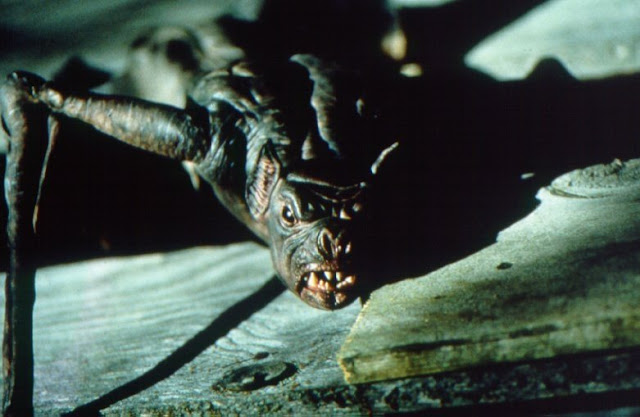