I watched this movie years ago on the Sci-Fi channel back in 2003 or 2004. That was the time I was first getting into horror flick sand I remember enjoying it. It's been out of print on DVD for over a decade. Last week I was able to find a copy on eBay that had an asking price I was willing to pay. Watched it earlier and while it's no masterpiece, I still really enjoyed it. 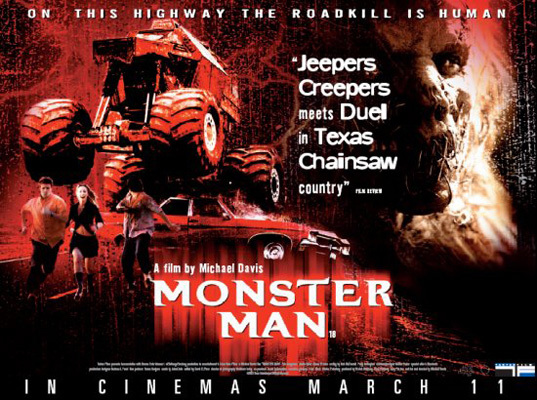 Adam is heading to the wedding of his college crush to declare his love for her. While on the way he discovers his former best friend, Harley, has stowed away in the car. While mending their friendship on the way they meet up with hot hitchhiker Sarah and find themselves chased by a hellbilly with a monster truck.

The movie is a mix of gross horror with gross-out and pervy college humor. The only cast member I recognize is Eric Jungmann, who played the hopeless nerdy friend, Ricky, in Not Another Teen Movie. Eric plays the lead, Adam. His character and Harley are stock horror college aged horror protagonists.

It's not often that a movie has scene that makes me gag... but there's one with Harley having a wet dream while unknowingly lying with roadkill. Took my stomach a bit to recover. This scene was awful, but I give it props for catching me off guard. That part definitely wasn't shown on Sci-Fi back in the day.

It's a fun flick with some nice twists, gore, and dumb humor. It would be great inspiration for an Evil Dead style adventure.

If you want to include this into your game, my Hellbilly stats work perfectly for Brother Bob.

The following spell works like the magic found in the Necronomicon (and in my games is a spell in that cursed tome).

Graft Limb (1 Con): Dark. This spell allows an amputated limb to be attached and become fully functional for an individual. However, the "donor" must remain alive. If the victim of the limb theft dies, the limb immediately withers and rots.

Monster Trucks In Your Game.

There aren't vehicle rules in Dark Places & Demogorgons or Zombies!, but Vigilante City does have them. If you want stats for Monster Trucks and the damage they'd do, I'd look there first. For quick and dirty rules it's a DC 15 Dexterity check to to dive out of the way of a monster truck and getting ran over by one does 10d6 damage. Honestly these were made on the fly and I might sit down and try to come up with something better in the future. 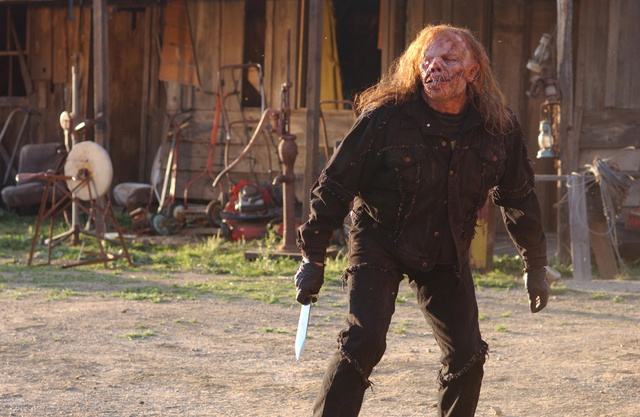