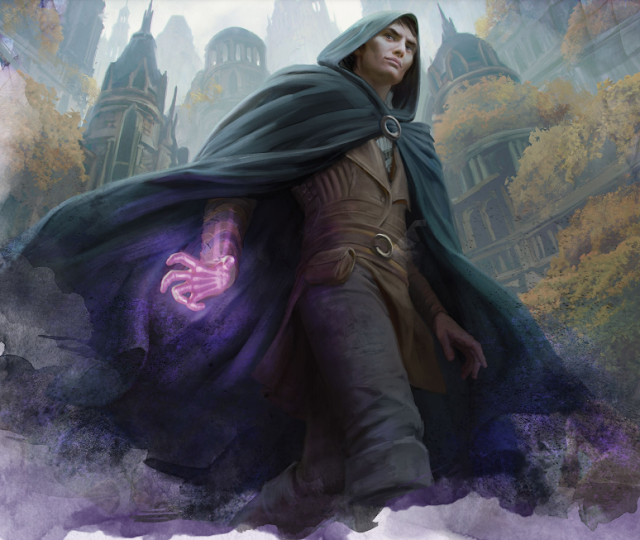 From Cyan Depths is the finale to the five part Forgotten Realms/MtG crossover. It is the culmination of Tyreus' plan for power and domination. Using the artifact once belonging to his grandmother he has constructed a strange castle on the shore of Highstart Lake and seeks to recruits mercenaries to his side. The party must infiltrate the castle, deal with the elementals and mercenaries within, and stop Tyreus before he can solidify his power.

Two new stats blocks are included in this adventure. The first is a mercenary envoy. They are capable mercenaries that understand the value of tactics and formations, but aren't in leadership positions. The other stat block is for the series' villain, Tyreus. This Ravnican wizard is a powerful illusionist and has some strong spells. If given time to prepare, he can sow chaos and despair among the party. The appendices also include spells and artifacts from previous adventures, reprinted for convenience sake.

I am really impressed with these adventures. There is a great story to be told and some cool ramifications from the adventure. For example, what if the party decides to keep the stone, take over the castle, and gather their own forces?