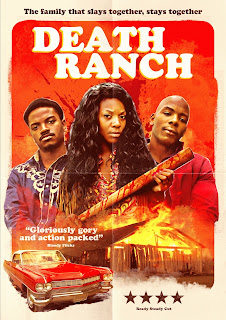 Plot
Set in the 70's, Brandon is a convict that escapes and meets  up with his two siblings at their grandfather's abandoned ranch in Tennessee. There the trio are captured by a group of cannibalistic Ku Klux Klansmen and have to fight their way to safety... and get some bloody revenge.
Review
This on is not high art, but it's entertaining if you are a grindhouse fan. It's a combination of Blaxploitationa and Hicksploitation. Brandon (played excellently by Deiondra Teagle) and his sister Angela (played by the badass Faith Monique) are the primary protagonists. There's not really a whole lot of story or exposition. Brandon committed a crime and his brother and sister meet up with him. They are ambushed by some KKK assholes, who like to eat and/or fuck their victims before hanging them. The barn and surrounding woods are the only real set pieces, which is simple but works. There's some great practical gore that's rather nasty, including genital mutilation and an eye being bitten out of someone's face. The film contains racist language and sexual violence (though it mostly occurs off screen), so it could definitely be a hard watch for some. However, if you can stomach those and want to see some racist assholes get taken out in bloody and painful ways, this is a flick for you.
In Your Game 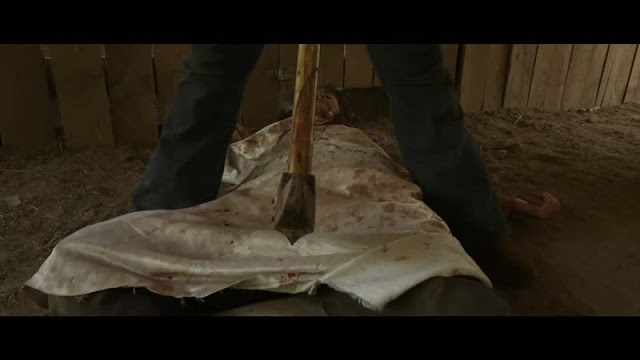