October Horror Movie Challenge - The People Under The Stairs (1991) 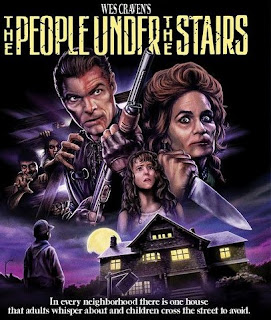 Plot
Young Fool's mother is dying of cancer and his family will soon be evicted from their home. He teams up with a couple of criminals to break into his landlords' home to steal some gold coins. Soon he finds himself trapped by his landlords, a pair of incestuous racists. He finds that gold and wealth aren't the only thing hidden in the home, as the basement houses numerous mutilated boys.
Review
I think this movie gets forgotten mostly. It's definitely not one of Wes Craven's most popular flicks. That being said, it's still very entertaining. The flick discusses gentrication and racism, though honestly it could probably focus on them a bit more and still be quite entertaining. The cast is excellent. Brandon Adams' Fool is a great child protagonist. You see his growth as a character and the moment he decides to be the hero and fight back is great. Man and Woman, the villains, are thoroughly creepy. These wealthy bastards would be cringeworthy, but the incest angle takes it even farther. The supporting cast is entertaining too, including a young Ving Rhames. My favorite character was Roach. If you are wondering if this one still holds up, I think it does.
In Your Game 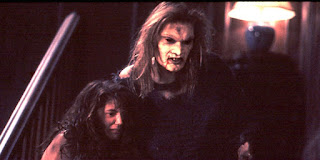