I really dig Kite Man. His characterization as a bumbling, but lovable villain is Harley Quinn, is adorable. No spoilers, but I really for him, especially considering how Season 2 ends. I'm hoping he's one of the leads of the new Harley spin-off coming to HBOMax. This and the DC Rebirth versions are my favorite. In Rebirth, Chuck is a brilliant engineer that had worked with the Joker in the past, designing the Jokermobile. He was caught up in the Gang-War between Joker and Riddler, which got his son killed. Chuck eventually reformed and became a regular Gotham citizen.

Also, this one is for my friend Tim over at HeroPress. 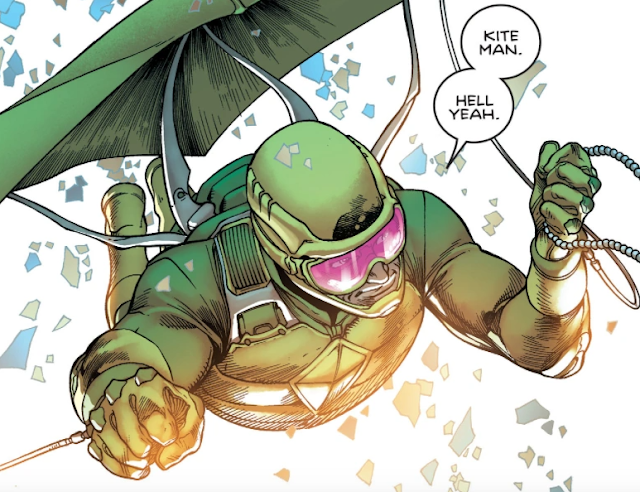