I statted Dazzler, so I felt I needed to stat her beau. Longshot is a strange character. He's a genetically engineered clone of his son... I love him though and he appeared in the Sight of the Sound video. 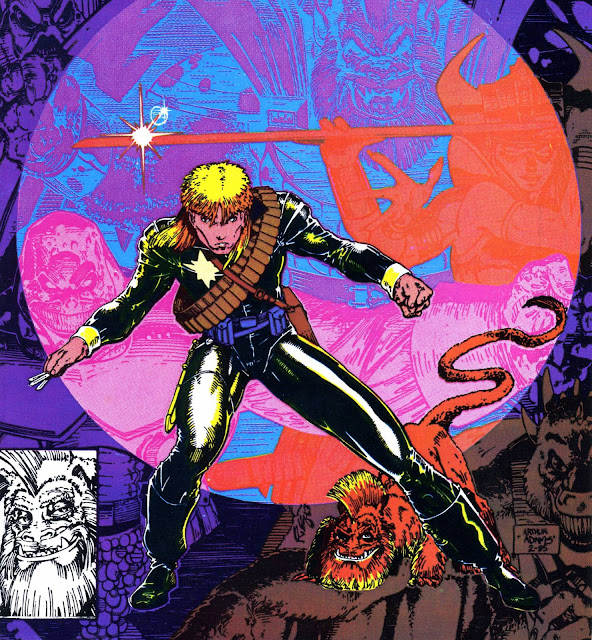 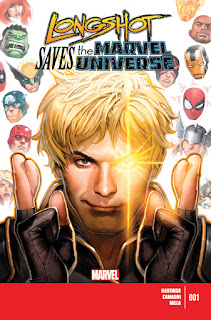 Str 14 (+2) Dex 20 (+5) Con 14 (+2) Int 12 (+1) Wis 10 (+0) Cha 18 (+4)
Saving Throws: Dex +9, Cha +8
Skills: Acrobatics +9, Athletics +6, Persuasion +8, Sleight of Hand +9, Stealth +9
Senses: Perception 10
Languages: English
Traits
Evasion: Longshot can dodge out of the way of area of effect spells and attacks. When subjected to one that allows him to make a Dexterity saving throw to take only half damage, he takes no damage  instead if he succeeds and only half if he fails.
Jack of All Trades: Longshot adds half of his proficiency bonus (+2) to any ability check that he doesn't already add his proficiency bonus to.
Nimble Striker: Longshot uses Dexterity for melee attacks, rather than Strength
Lucky: As long as Longshot remains positive and uses his powers for good, he is extremely lucky. He cannot be surprised and has a +3bonus to AC. Longshot can choose to gain advantage on any action. However, if the action is done for a selfish or evil reason, the mystical enchantment will instead incur disadvantage on the roll.
Psychometry: By touching an object Longshot can gain "psychic imprints" individuals have left on an object. He can also read the recent memories of an individual by touching them (save DC 14 Wisdom save to avoid).
Actions
Mutliattack: Longshot makes two attacks
Blades: Melee or Ranged Weapon Attack. +9 to hit, reach 5 ft. or range 20/60 ft, one target. Hit: 3 (1d4+5) piercing damage.
Reaction
Right Place, Right Time: Longshot adds 3 to his AC against one attack that would hit her. He doesn't have to be aware of the attack to use this reaction.
Posted by Justin Ryan Isaac at 3:53 PM