This post is an excuse for me to practice statting out villains and mooks for Light City. While my upcoming villains projects will include generic thugs and soldiers as well as public domain villains, these posts like this let me have fun with copyrighted materials without getting in trouble.

I will admit the subject matter was inspired by +Tim Knight's post about the new Ray and the Freedom Fighters animated DC project. 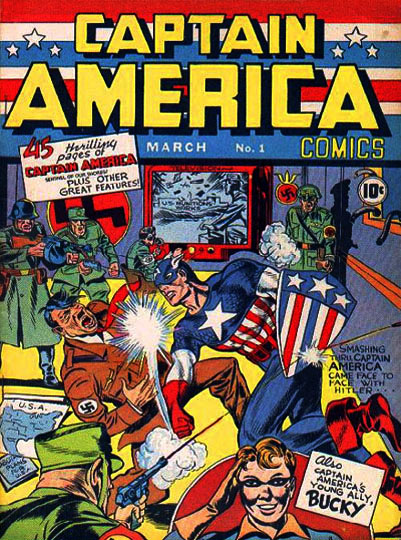 This is your typical Nazi stormtrooper. They are typically armed with bolt action rifles. 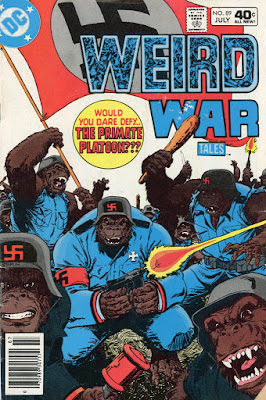 The primate patrol were a group of brainwashed gorillas that the Nazis were training to be powerful guards and potentially soldiers. 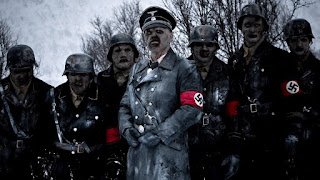 Nazi Zombie Soldier
For a typical Nazi zombie use the zombie stats from Swords & Wizardry Light (though use the rules below if they are infection zombies).

Whether made by cursed Nazi gold, blasphemous science, or Hitler's obsession with the occult, Nazi zombies are way more common than they should be. Some Nazi zombies make more zombies. Anyone hit by a zombies strike must make a saving throw or turn into a zombie (sometimes this only takes 1d6 rounds, sometimes it takes that many days). In addition, any person killed by a infected Nazi zombie will rise as one with 1d6 rounds.
Posted by Justin Ryan Isaac at 5:07 PM