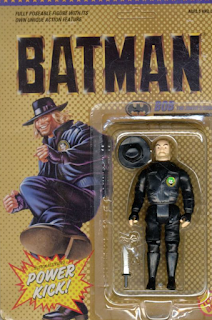 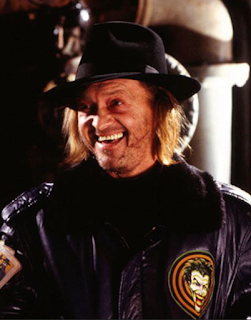 Once per day, Bob can do a power kick. This unarmed attack does and extra 1d3 damage and knocks its target down.

Netflix recently added a bunch of Batman flicks. I've decided to rewatch them. Last night I watched the original Burton Batman. I remember liking it as a kid and its' held up well. It's still probably my favourite Batman film. One of my favourite characters from it was Bob the Goon. I even had his silly action figure as a kid. I decided to stat him up for Light City, because... well just because I wanted to.