Though he's ludicrous and not as frightening as the regular Joker, the monstrous Titan Joker from Arkham City is still interesting. I thought he'd be a fun Light City write-up. 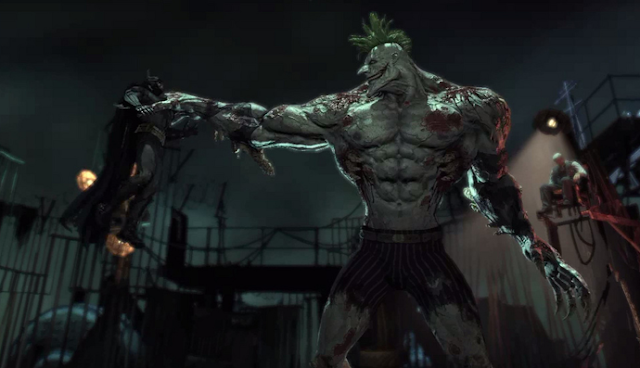 
This version of the Joker has been affected by a modified version of Bane's Venom known as Titan. Titan drives most subjects mad. Fortunately (?) for Joker, he's already quite insane and maintained his full intellect while on the drug.
Posted by Justin Ryan Isaac at 4:33 PM