L is for Lash 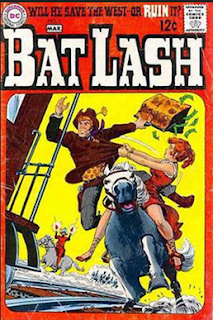 Bat Lash was a charming rogue that travelled the American southwest during the 19th century. While he could hold his own in a fight, he considered himself a pacifist and preferred to use words to solve his problems. He was known to team up with the Rough Bunch, a group of heroic men and women of the old west.

-------------
Bat Lash also made an appearance in the DCU during Blackest Night as a Black Lantern. Here are bonus Light City stats for zombie Bat Lash. 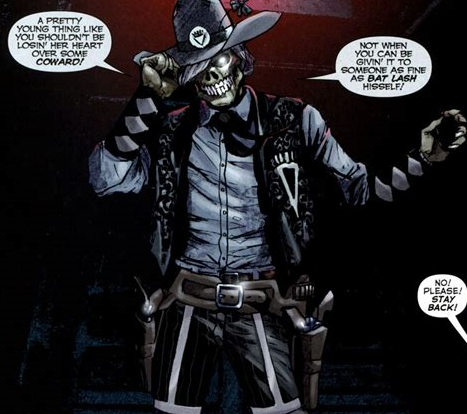 The Black Lantern ring animating Lash allows him to regenerate 3 HP a turn (even if reduced to 0 HP). The only way to permanently end his existence is to destroy the ring animating him or to fully expose him to the emotional spectrum or a White Lantern's light.