The original appearance of Sub-Mariner might be in the public domain. The laws are kind of fuzzy and I'm looking into it. If he is, I will definitely use him for a Light City release. Even if he is I'm going to have to tread lightly.

In the potential public domain appearance he's never mentioned to be royalty, nor is there any mention of Atlantis. His mother appears and mentions taking something to the "royal chamber" but that doesn't mean she's royalty. Since he initially killed some humans,

I'm going to stat his as an npc, though this doesn't mean he couldn't team up with npc's for some reason. 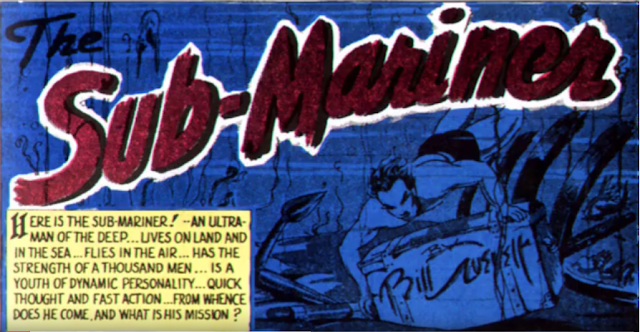 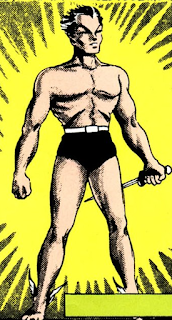 Namor McKenzie is the "Avenging Son," of a water-breathing sub-mariner with ties to the royal court, Fen, and Commander Leonard McKenzie, a human sailor. According to Fen, Leonard was a good man, though his people were not. When Namor ran afoul a group of surface-dwellers, he killed them and took their bodies to his aquatic home. His mother commended him for his action and told him to deliver the bodies to the royal chamber.

Because of his hybrid nature, Namor the Sub-Mariner can stay on dry land indefinitely.

Because she is a traditional sub-mariner, Fen cannot survive out of water for more than 5 hours. 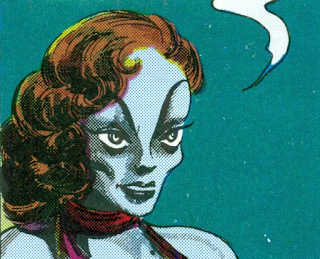