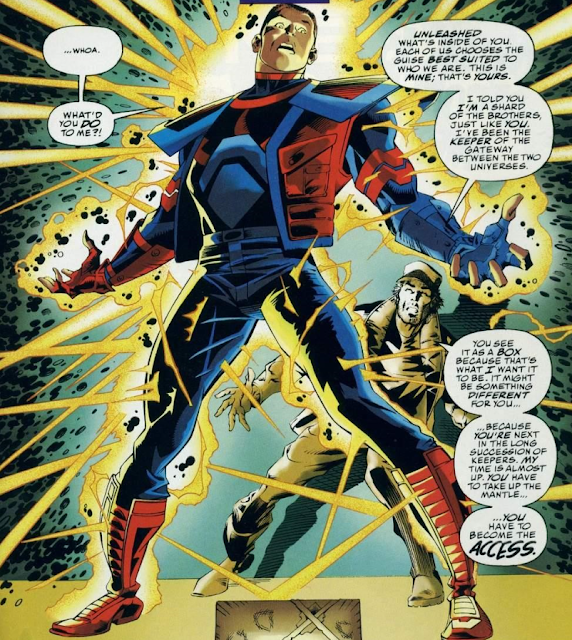 Access is a both of both the Earth-616 post-Crisis on Infinite Earth's DCU. He can sense the presence of cosmic beings and objects that are related to his role as the Keeper. He can teleport from the DCU to the MU and through time, taking up to 8 people with him. He can also alter reality on a cosmic scale, combing different dimensions. He can use this to combine two beings from separate universes and create an Amalgamation of the two. Unfortunately, because of his powers he can't stay in one place too long or he'll create a spontaneous crossover.