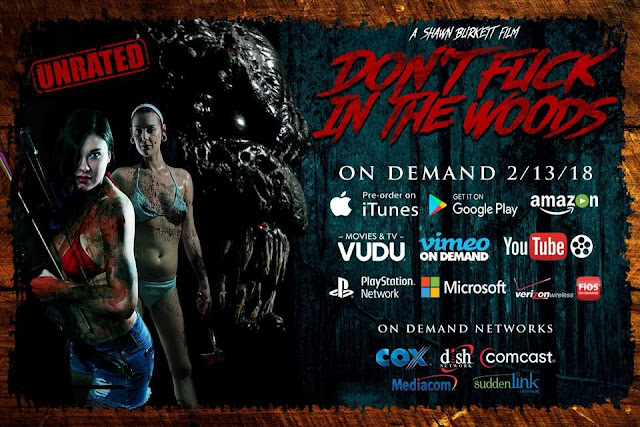 Synopsis: Trying to relax and blow of steam after finals, a group of twenty somethings learn the golden rule of horror... don't fuck in the woods.

The Good: This movie knows it's audience. It's indie horror and there are some scenes early on that show it's a love letter to horror fans. One of my favorite lines of the film is, "If the bitch doesn't scream, then she ain't a fucking scream queen." The cast is attractive and there's plenty of nudity and sex... which should be expected based on the title.

The Bad: This movie is crude, af. You should be able to tell that by the title, but just be warned. I was also disappointed that the girl I thought was the cutest was killed for no reason, other than maybe startling the monster. She didn't break the rule of having sex in the woods.

Final Thoughts: I enjoyed this one. It is a fun indie flick. There's also a mid credits scene that I hope the pick back up on in the sequel (which is in the works and being filmed where I grew up). 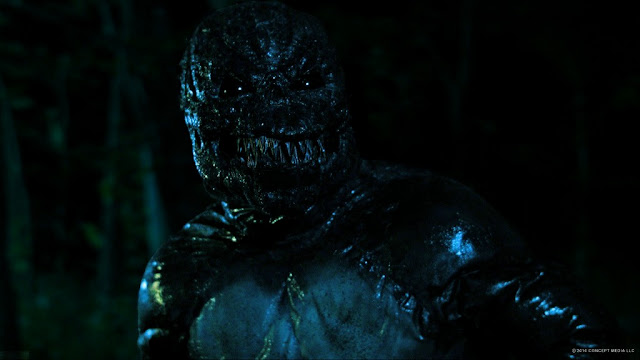