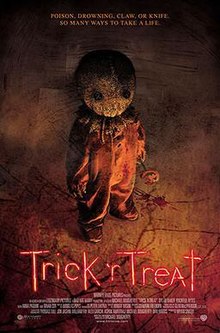 Synopsis: This film is four interwoven stories that take place over the course of Halloween in the fictional town of Warren Valley, Ohio. The stories discuss Halloween traditions and why the should be followed. These rules seem to be enforced by a strange trick-or-treater, Sam.

The Good: This film's non-linear narrative is fantastic. Each story is engaging and contains scares and laughs. The cast is phenomenal and this is the perfect Halloween movie.

The Bad: There is no sequel. That's it. I have nothing bad to say about this movie.

Final Thoughts: I watch this every Halloween. It's just the best. Even if he never speaks, Sam is just such a memorable character. I've been doing an Elf on the Shelf style series with my Sam Funko Pop! figure. You can check it out by following this link.

I was going to stat Sam, but he's more of a force of nature than something that needs stats. The School Bus Massacre Children seemed like the next logical choice. 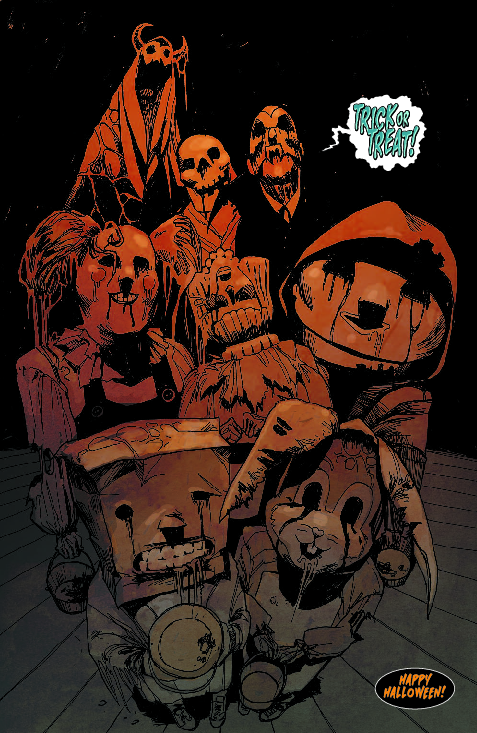 Unless the damage comes from a critical hit, when reduced to less than 1 hit point, these cursed children have a 1-3 chance on a d6 to instead be reduced to 1 HP.