This meme showed up in my Facebook feed today and I had to look into it more. If you want to learn more about the Cocaine Bear and find out where you can see him, read this. 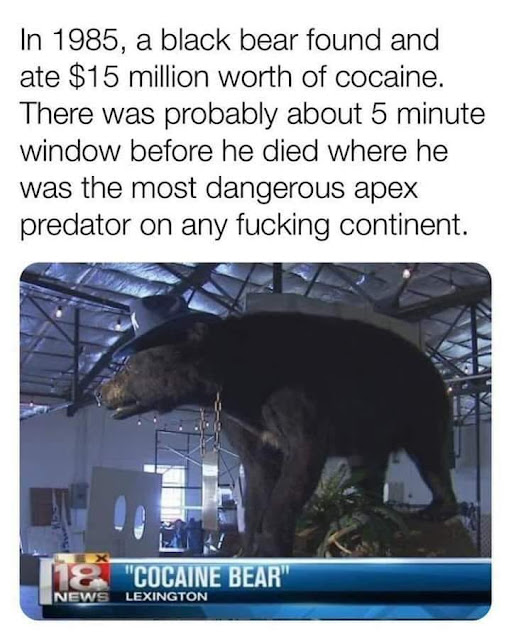 I think the Cocaine Bear would make a great boss fight for a group of low level Vigilante City characters. Have the party head to a dealer's base of operations and take him out. During the last encounter have the dealer's pet bear get into his supply. He can either quickly dispatch his owner (which would be a great boss fight switch) or could face the party in addition to the dealer.

The cocaine bear can let out a horrifying roar that causes all enemies within the immediate vicinity to make a Courage Saving Throw or be frozen with fear for 1d3 combat rounds. Starting the second turn of combat, roll a d10 at the end of cocaine bear’s turn. If the result is 10, he OD’s and dies.