Here's another 5e character for the challenge. Lorga is a non-binary orc transmuter. You can see their character sheet here. 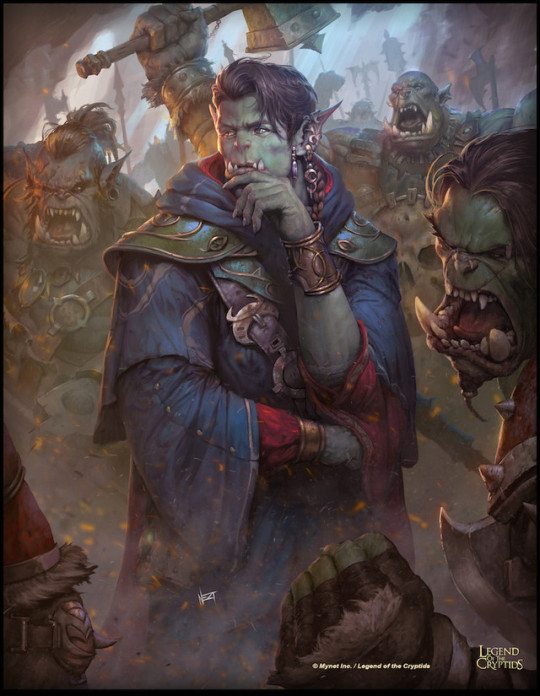 Lorgru III was born the son of Lorgru II, King of Many-Arrows. A descendent of King Obould Many-Arrows, founder of the orcish kingdom, the birth was seen as a blessing to the kingdom. However, Lorgru was an unhappy child. Instead of worshipping Gruumsh or another of the male orcish gods, the young half-orc took to worshiping Luthic the Cave Mother. Highly intelligent, Lorgru's father allowed the young orc to learn the ways of the Weave. When a younger brother was born, Lorgru convinced the king to make the newborn orc his named heir. The half-orc then left the kingdom to kingdom to learn the ways of transmutation magic and change. Now going by Lorga, the wizard has begun exploring who they truly are. The young wizard often varies in appearance, being masculine one day, feminine the next, and androgynous another.