#RPGaDay2022 Who Introduced You To RPG's? 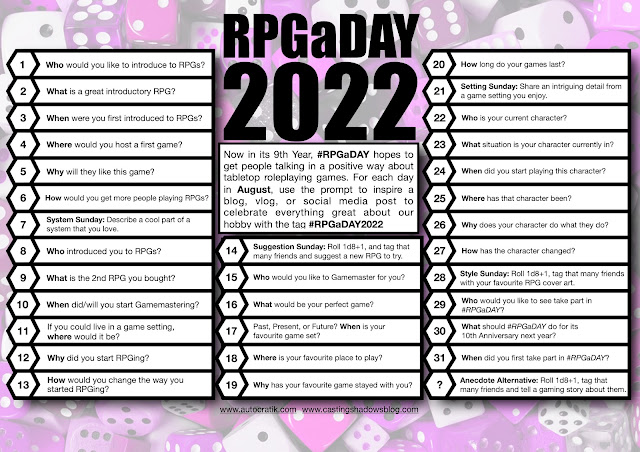 This question ties back into day 3. Chad, one of my first best friends, introduced me to D&D and other rpg's back in 1994. We were both geeks with a lot in common. In 7th grade I moved to Oklahoma for about six months. During that time Chad and Wirty, another rpg gamer, became best friends. Though Wirty and I didn't really care for each other upon initial meeting, the three of us became the best of friends. In high school we added Josh to the mix and became a quartet. Our friend group continued to expand, but we're still really close to this day. Chad isn't just my friend. He, Wirty, Josh, and several others of our friend group are my brothers and sisters. We're fam now.