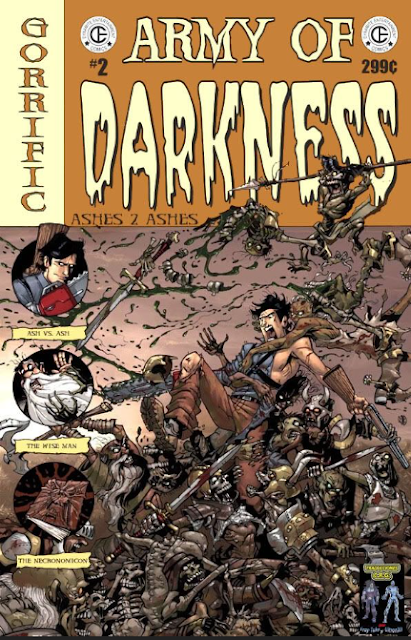 Ash is a comic book character who's (arguably) most famous story takes place in the dark ages. He's also tangle with the Marvel Universe. For this reason I think it's appropriate to stat him out for Swords & Wizardry Light and Light City. Plus I've not done an Ash Wednesday post in a while. Next week I'll do Deadite stats.

Necronomicon Ex-Mortis - This vile bound in flesh and inked in blood dates back to ancient times. Within it's dark pages are many incantations, including ones to unleash a powerful entity known as the Watcher and it's deadite servants.

In addition any cleric, magic-user, witch, or other spellcaster with the tome can cast the following spells as if they were a part of their spell list.